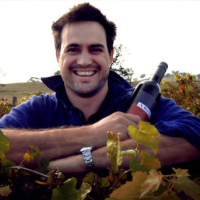 
Join us for the first of our future winemakers dinners, where we will develop a menu to match the wines from the A. Retief portfolio. We are really looking forward to a fabulous night with Alex and hope to see a few of you at Bent on Food to taste these great wines and savour some of Chef Simon Livingstons fabulous food.


A.Retief is a boutique wine label made by Wagga-born and bred Alex Retief, which in five years has carved out a niche as a hand crafted, adventurous label that specialises in the cool climate regions of southern New South Wales.

Alex started in the wine industry in 1997, studied wine science at Charles Sturt University in Wagga and was accepted as the trainee winemaker at the university’s winery under Greg Gallagher in 2001. Following his traineeship he worked in California’s Sonoma Valley before joining Margan Wines in the NSW Hunter Valley, where he was the winemaker for two-and-a-half years. A stint in France followed, first in the Languedoc region and then a two-year appointment as winemaker at Chateau de Lagarde in Bordeaux and a vintage in ’07 at Cheval Blanc.

In 2011, when floods ruined many of the NSW regions’ grapes, Alex flew to Spain’s Rioja region to source fruit for a special ‘A.Retief in Rioja’ label, which he made in Spain and shipped back to Australia. He chose Spain because – like his decision to work in Bordeaux – Alex wanted to take fruit out of its natural habitat and play with it.

Alex’s passion goes beyond a combination of Old and New World philosophies, playing around with blending wine from different NSW regions including fruit from his family’s bio-dynamic vineyard near Gundegai, as well as carefully selected parcels from the Hilltops, Tumbarumba and Canberra. His wines are elegant, fun, approachable and show great quality and finesse.

His ‘out of the box’ experimental attitude has helped produce wines such as his Botrytis Grenache, the A.Retief in Rioja label and the only Mataro from the Hilltops.