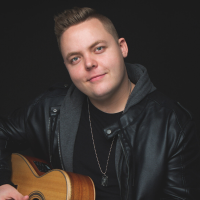 Hospitality is tough at the moment, but so is the entertainment industry. Musicians still want to connect with their audiences. This is great but they are not getting paid. Let's support our local musicians by participating in some fun events that we will bring to you whilst in isolation.

Jake Davey is one of Australia’s brightest, emerging talents. The 23-year-old singer-songwriter, is also an accomplished producer and videographer who runs his own studio. He has been honing his craft in music since the tender age of 6 and has recently made the transition from man behind the music to full-time recording artist.

As a performer, Davey has a tireless work ethic, playing at up to 5 venues a week during busy times. While still relatively young, this breadth of experience has helped him hone his craft and develop a knack for capturing a room. His live shows are known for their colossal combination of stomping, looping and heartfelt melodies. Over the last decade he has become one of the East Coast’s most recognizable faces.

Having flirted with original releases in the past, it was the success of a number of cover tracks released, that performed beyond personal expectations, such as ‘Little Do You Know’ that eclipsed over 120,000 streams, that prompted Davey to make the commitment for his first serious release. His current single ‘On Your Mind’ has gained over 50,000 streams within it’s first 2 months of release.

It's easy - the first pizza with music is $25, we will deliver ready for the oven. After that, every pizza is only $15.