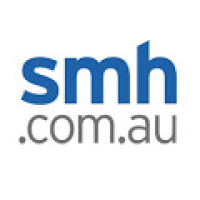 My phone is driving me mad. It has been since soon after we left home two days ago to take an innocent drive up the NSW north coast. Just looking at it gives me a hollow feeling in the pit of my stomach, a rasping hunger that makes a mockery of the lavish breakfast we've just enjoyed at Blueys Beach, south of Forster.

"Bent on Food looks great," says my partner, Sarah, staring at the phone as I steer us around a series of forested bends on the coastal Lakes Way. It's got her, too, the insidious app put out by the crafty marketers behind the "Legendary Pacific" drive concept.

Not only have they given a perfectly straightforward trip between Sydney and Brisbane a new name, but they've also jazzed up the drive with several different trails. There's a "Legendary Culture and Heritage Trail", a "Surfing Safari" and the one that is making my tummy rumble, the "Food and Wine and Farmer's Gate Journey".

As if the combination of food, wine and fresh farm produce was not enticing enough, the app also has a "Near Me" button that locates the nearest gourmet eatery. Within 90 minutes of breakfast, we arrive at the aptly named Bent on Food cafe, a short drive west of the Pacific Highway at Wingham.

Wingham is one of those appealing country towns, with a big central green that recalls rural England in the 1950s. But there is nothing old-fashioned about its food scene. With trailblazing Bent on Food owner Donna Carrier at the forefront, Wingham's been drawing gourmands for several years now, lured by the best regional produce and Sydney-style sophistication in tandem with country hospitality.

She's a dangerous woman, tempting customers to mountainous breakfasts and lunch offerings, such as a Manning Valley scotch fillet steak sandwich, and stocking a useful range of relishes, condiments and sauces. Carrier also runs a cookery school, offering classes in everything from cheese-making to a three-course Spanish lunch.

Our trip had begun so promisingly. At Port Stephens, we checked into a beach house at Fingal Bay caravan park and went cycling in the Tomaree National Park, followed by a splash-about in the bay. But as evening loomed, my phone started flashing the words "Rock Lobster". We followed the instructions to a restaurant of the same name, where we indulged in the eponymous crustacean, grilled with something called Cafe de Paris butter, while ogling the yachts in Nelson Bay's marina.

Next day, burying the phone in the glove box, we made a discovery of our own: a coastal village - Smiths Lake, 25 kilometres south of Forster - with a cafe, the Rolling Bean, that does authentic tapas, on weekend nights.

Now, after lunch in Wingham, we are bound for Port Macquarie for what I hope will be an interlude in the endless eating. But even before we get there, Sarah's attention is drawn to my phone again. "The app says there's two wineries nearby, " she says. "Oh it does, does it?" I feel like responding. Instead, we visit both, starting at the Bago Vineyards. With its new maze in which to (temporarily) lose the children, vines dipping and rising along gentle contours and tables on lawns framed by jacaranda trees, it is an inviting spot.

The Cassegrain winery, 20 kilometres further north, was planted by a French family that immigrated to the Hasting River area in the 1950s, and melds traditional European wine-making know-how with premium Australian grapes.

Arriving at the Macquarie Waters boutique hotel, I marshal the family for a swim in the pool before dinner at one of our favourite coastal restaurants, The Stunned Mullet, tucked away behind Town Beach. I manage to restrain myself to a main course of confit duck leg with truffled mash and sour cherry, rocket, pear and hazelnut salad. Only to fall at the final hurdle to a bread and butter pudding with five spice and ginger dust, and vanilla mascarpone.

The following day a camel ride along Lighthouse Beach provides some welcome distraction before the discovery of a French chef at Sea Acres Rainforest Centre's cafe strains both my credulity and my waistline. I fare no better at the Ricardoes Tomatoes farm gate, north of Port, the kids plucking buckets full of strawberries before we sit down to a scrumptious "tea" at the in-house Cafe Red.

At dinner, at The Corner restaurant, downstairs at Macquarie Waters hotel, I succumb to a tasty blue swimmer crab panang curry, followed by a lavender creme brulee. On our last day, heading to Dorrigo National Park in the Coffs Harbour hinterland, I foolishly assume I am in the clear. After all, who ever heard of a gourmet eatery in a national park?

Evidently German chef Wolfgang Zichy, who runs the Canopy cafe at the park entrance and dangles locally sourced ingredients such as Dorrigo potatoes (made into hand-cut chips) and seafood "fresh from the trawler" in front of visitors to the World Heritage-listed rainforest.

As I put away a final mouthful of prawn laksa, I really can't blame the purveyors of fine food along the Legendary food and wine trail for leading me astray. But on the journey back I'm putting my phone in airplane mode, silencing that ruinous app until we are well and truly home.