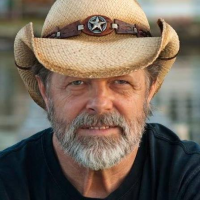 We are looking forward to the opening of the 2017 Wingham Akoostik Festival at Bent on Food on Thursday 12th October. We are really looking forward to having Bill Chambers back at the cafe to play for us before this fine weekend of music begins.
$10 cover charge 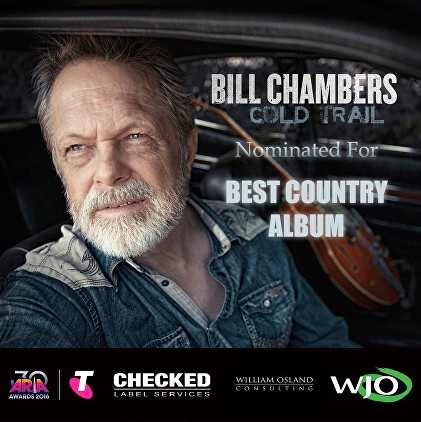 BILL CHAMBERS BIO
Bill Chambers New Album ‘Cold Trail’ is his first studio album in 4 Years. Although in the meantime he’s released the Live @ The Pub Tamworth DVD and CD.
Bill has left anything but a ‘Cold Trail, he continues to tour the world playing in daughter Kasey’s band and also his own solo shows, playing anything from house concerts and coffee lounges to major festivals.
If you’ve been in the audience at a Bill Chambers concert you’ll notice he always travels with a swag of guitars showcasing his connection to different styles of music that he’s been influenced by over the years.
“I grew up listening to the Hillbilly music my mum and dad played when i was a kid. I discovered early Rock’n’Roll, Buddy Holly, The Beatles, Rolling Stones, Bob Dylan and Johnny Cash. In recent times I’ve been particularly influenced by the Texas Singer/Songwriters”.
When he's not on the road you'll most likely find Bill producing and playing on some other artists album.
'I consider myself lucky to have worked in the studio with so many talented people over the years, it's always exciting to discover new artists and work on great songs'.
Bill has produced albums for Catherine Britt, Audrey Auld, Amos Morris, Jessica Belle, Sandra Humphries and HalleyAnna Finlay from Texas.
When you see Bill Chambers live on stage its evident that his music reflects his early influences and resonates with stories of his life on the road.