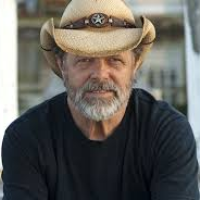 Bill Chambers, father of well known country artist Kasey Chamber has been quietly making an impact on the country music scene in Australia and the US ever since he and his former wife Diane started busking in rural South Australian pubs. Later, their children Kasey and Nash would join them onstage, the family living off the land around the remote reaches of the Nullarbor Plain between gigs.

The Chambers family group was The Dead Ringer Band, and since its demise Bill has remained central to Kasey's spectacular solo career. He's also been pivotal in the careers of two other mould-breaking country artists, Audrey Auld and Catherine Britt.

We are extremely thrilled to welcome Bill to Bent on Food and we look forward to a great night of music with Bill and some of our local favourites.